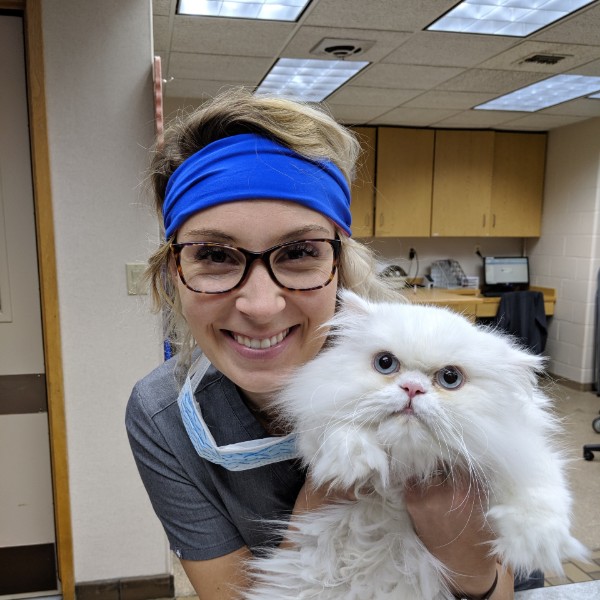 Diagnostic imaging opens up answers to our veterinary staff that they’d never find with the naked eye. Your pet might have received life-saving interventions from us because of something revealed in an x-ray, for example. For Dr. Leslie Veneman, the insights that come from ultrasound technology in particular are fascinating. “Every week there is something exciting to see. I just think it’s amazing,” she says. 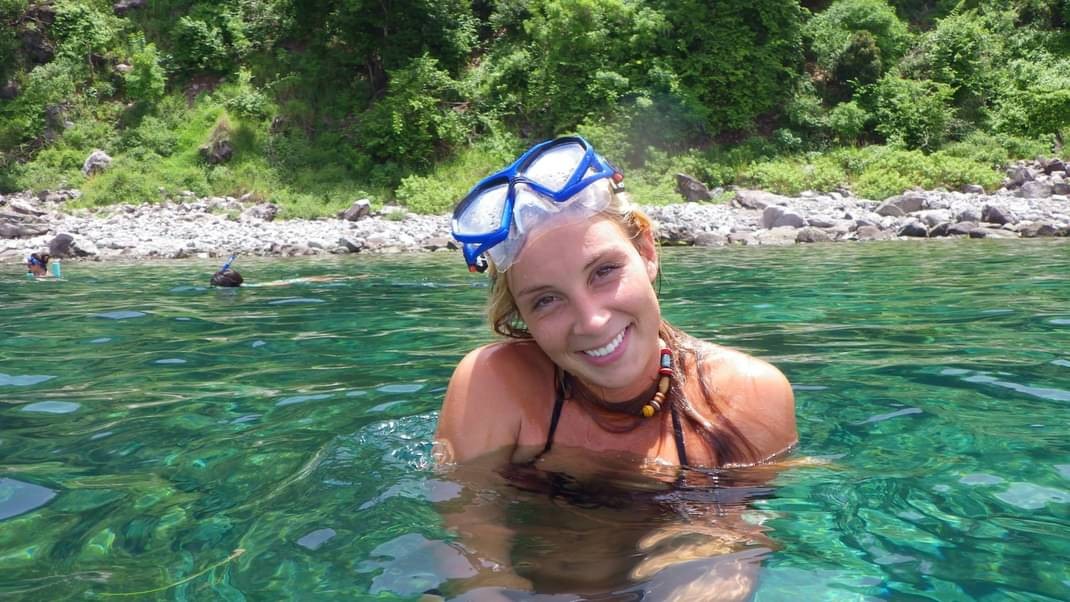 Dr. Veneman sees a link between her love of ultrasound technology and her experiences snorkeling.Dr. Veneman has always had an interest in what lies below the surface. “I used to snorkel a lot on St. Kitts Island where I went to vet school,” she says. “I loved exploring the things other people couldn’t see when they looked out on the water. I’ve always felt that ultrasounding is similar to that feeling, being able to see and learn under the surface.” She added, “I’m a very visual and kinesthetic learner. I think in pictures and videos and learn by doing things with my hands.” Her interests are the perfect combination for success with ultrasound technology, a non-invasive way to explore the body.

Dr. Veneman’s passion for ultrasounds really blossomed at the first practice where she worked, at Southview Animal Hospital in Minneapolis. “I had a really good mentor, Dr. Mahan, and she was passionate about ultrasound and taught me a lot,” she said. At the time, Dr. Veneman also had the opportunity to shadow two veterinary radiologists in the area, and she was so captivated by the technology that she’d shadow them on her days off. “They let me follow them around and it was great. I enjoyed it so much I considered doing a residency in veterinary radiology,” she said. “That would have been another three to four years and included MRI, CT, and ultrasound. But I decided not to do that and I’m glad I did because I really do love practicing medicine, seeing a patient from start to finish.”

Still, although it’s only a part of Dr. Veneman’s job, ultrasound technology plays a big role. “Recently we had a female Cane Corso who wasn’t feeling well but the reason wasn’t clear.” To shed some light on what might be the cause of the Cane Corso’s discomfort, Dr. Veneman performed an ultrasound. “I looked and saw she had retained a puppy. There was no heartbeat but the puppy had been in there a while and was causing an infection in her uterus.” The staff reacted quickly. “I credit the team. We all worked together to fit her in for surgery that day. I actually performed the surgery to remove the infected uterus and spay the dog.”

The owners were not aware that their dog had been pregnant; without imaging, it would have been difficult to get to the reason for her discomfort. “Had we not caught it, she might have gone septic and not survived. She’s doing great now.” The case highlighted for Dr. Veneman how much she values being a general practitioner and the special role that ultrasound imaging plays in the diagnostic process. 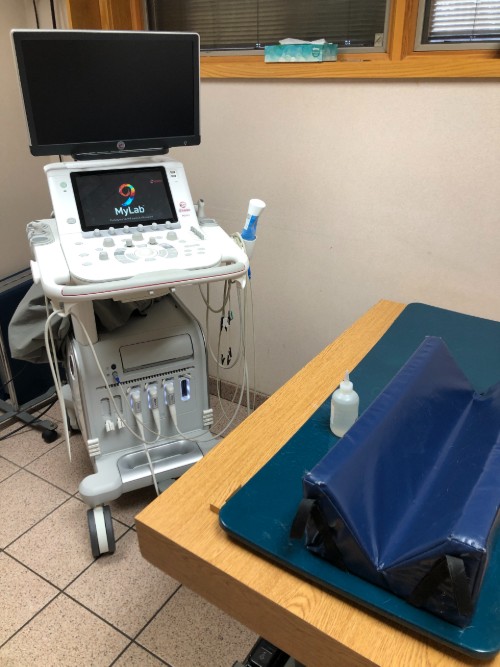 The ultrasound machine used at Cascade Hospital for Animals.

But it’s not only special cases like the Cane Corso where ultrasound is invaluable. “I do ultrasounds on a lot of cats. At this point I could write a book about the foreign objects I’ve found in cats. Sometimes they eat string or tiny pieces of foam or craft balls, and because their intestines are so small and they eat such small things, when it gets stuck in there, it can be hard to tell with an x-ray,” she says. “Even with an ultrasound it isn’t easy, but I love the challenge. Sometimes you can see a little loop of intestine that’s empty and the loop after it is fluid filled, and you think, ‘Hmm, that’s not moving.’” Examining the ultrasound can also tell Dr. Veneman whether the foreign object will pass on its own with fluids and observation or if surgery is necessary. “It’s a challenge and the pressure’s on, but I love it. I love working together with my team, consulting and determining the best next steps for the patient.”

Just as Dr. Veneman considers herself a member of a successful and smart team, she recognizes that ultrasound technology is just one of many diagnostic tools that help her and other team members keep patients well. “There's so many components to think about. It's not just the ultrasound, it's blood work or x-rays; it’s working to interpret the problem and it’s all pieces of the big puzzle.