Dog Flu is Spreading, So Protect Your Pet With a Vaccination 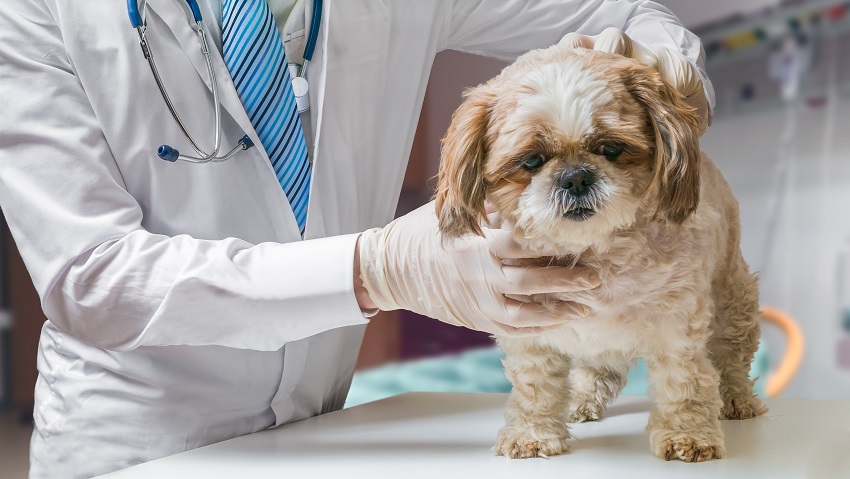 This summer, dogs may be at an increased risk of contracting the H3N2 canine influenza virus being transmitted throughout the country at dog shows, so you may want to protect your pet with a vaccination against the disease.

At the beginning of June, the Michigan Department of Agriculture and Rural Development reported that there were six cases of the highly contagious respiratory disease that causes symptoms similar to human flu: coughing, runny nose and fever.

While humans cannot contract it, the dog flu can be potentially fatal to a dog if it leads to pneumonia or other complications.

The H3N2 flu was first detected in Illinois two years ago where it infected more than 1,000 dogs, and since that time the disease has spread to more than 30 states, most recently in May in Florida, Georgia, North Carolina, South Carolina, Texas, Kentucky, Tennessee, Missouri, Louisiana, and Illinois. Some of those outbreaks followed the movement of American Kennel Club dog shows.

Pet owners should consider getting vaccinations for their dogs, particularly if they intend to participate in shows being held in Michigan or other states during the summer, said Dr. Steve McBride, medical director for Cascade Hospital for Animals.

H3N2 canine influenza is considered a reportable disease in Michigan, so veterinarians and diagnostic labs must notify the agriculture department if they suspect an incident or determine a positive test for the illness. Of the six cases reported as of June 8, none were reported from Kent County and none were associated with AKC shows. Three of the cases were in Oakland County, two were in St. Joseph County and one was in Wayne County.

Infected dogs can transmit the disease through coughing, barking and sneezing. The virus also can be spread by people who have had contact with infected dogs, at kennels, and through shared objects such as food and water bowls, collars and leashes. People can protect against spreading the flu by washing their hands, cleaning their clothing and disinfecting objects that have been in contact with an infected dog.

Some dogs may shed the virus without showing signs of the disease, while others may show symptoms sometime between 2 and 8 days after infection. For more information on the illness, refer to this link: H3N2 flu.

To learn more about preventative measures or to schedule a vaccination, call us at (616) 949-0960 or visit our website at Patient Portal.