Care for Your Dogs if They Go Along for the Ride 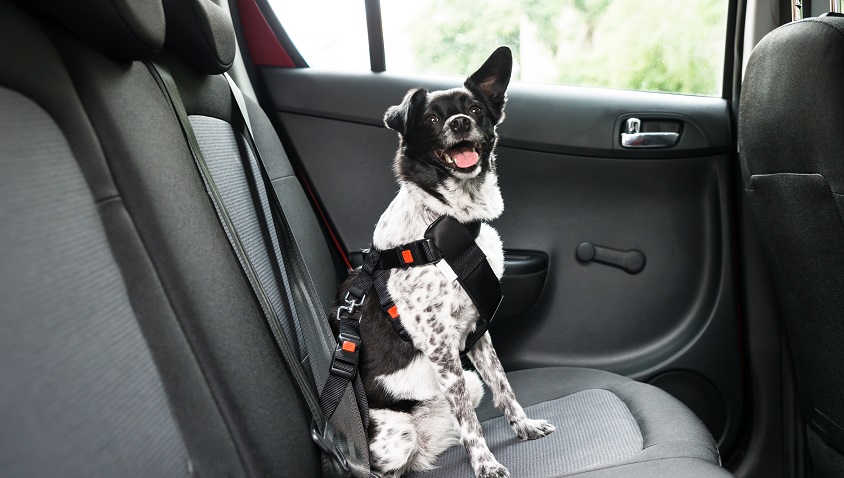 While dogs love to ride shotgun in cars and trucks when their owners run errands or shop, veterinarians caution that the pets often should be left home for their own well being.

At the very least, owners should care for their pets with padded harnesses or carriers to protect against sudden stops or collisions and make sure that the insides of the vehicles won’t become sweltering under the summer sun.

“Dogs are considered great traveling companions -- fun to take along for the ride,” said Dr. Steve McBride, medical director for Cascade Hospital for Animals. “But owners often don’t recognize that they need to show them the kind of care they reserve for children when they take them out in vehicles.”

Car restraints for dogs are far from the norm, but they are gaining wider acceptance as motorists become more aware of the dangers of distracted driving and injuries that a quick stop can cause to pet and driver alike.

According to a 2015-2016 survey commissioned by the American Pet Products Association, a Greenwich, Conn.-based trade association for pet product manufacturers and importers, about 28 percent of dog owners used a crate, leash or harness for their dog when traveling by car, up from 20 percent in 2004. A different survey conducted by American Automobile Association and Kurgo Pet Products showed that 29 percent of respondents admitted to being distracted by their dog while driving, with 17 percent allowing their dog to sit in their lap.

Experts recommend that dogs be placed in the back seat or cargo area of the car in padded harnesses that can be connected to the vehicle’s seatbelt or LATCH system. Alternatively, the pets can be placed in hard- or soft-sided crates that are then appropriately strapped down.

Leaving a dog unattended in a vehicle can be a dangerous proposition as well, particularly since its interior can heat up much faster than most pet owners realize. Owners also tend to underestimate the time that they spend away from the vehicle and overestimate the degree to which leaving the window down a crack cools off the car.

In a study published by the American Academy of Pediatrics in 2004, researchers found that the majority of temperature increase occurs in the first 30 minutes that a vehicle is out in the sun and that cracking the windows open did not significantly reduce the temperature. On average there was a 40 degree F. increase in the internal temperature compared with outside temperatures spanning 72 to 96 degrees F.

“The bottom line is that dog owners should leave their pets at home for their own safety, unless it’s essential that they come along,” Dr. McBride said. “If the pets do ride along, make sure they are restrained safely and don’t leave them in the vehicle for any length of time unattended.”