After a pacifier sent her to emergency surgery, Annie the boxer mix is on the mend 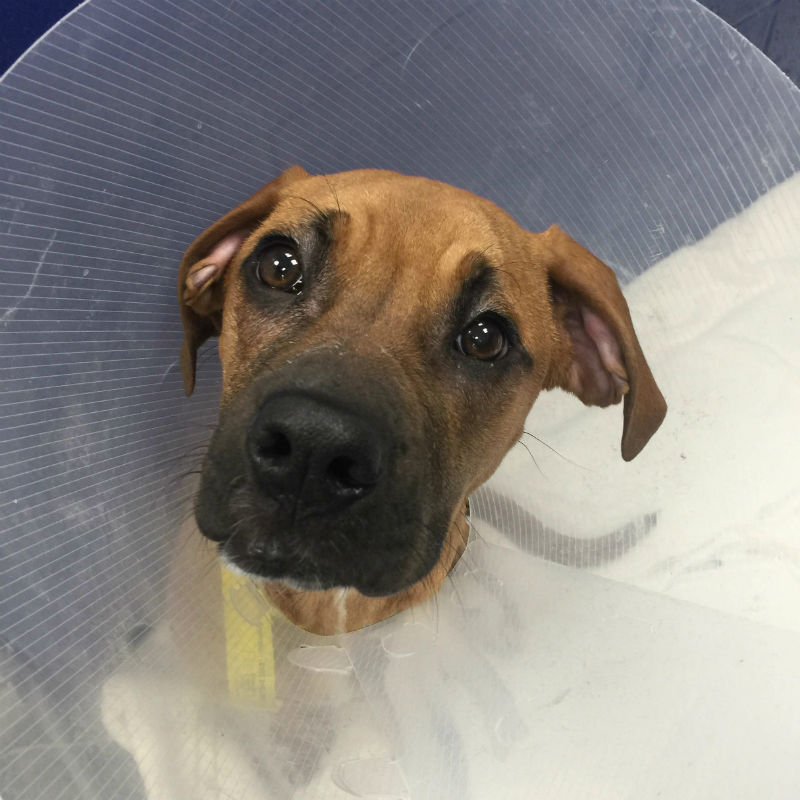 At first, it wasn’t clear what was wrong with Annie. According to her owner, Danielle, the trouble started when the normally healthy six-month-old puppy was suddenly unable to keep food down.

Worried, Danielle brought Annie to the hospital, where staff suspected the she had eaten something she shouldn’t have. An X-ray revealed a mysterious obstruction in Annie’s intestines. No one who examined the X-ray could figure out what Annie had swallowed. Then Dr. Becky Schafer took one look and said, “That’s a pacifier!” 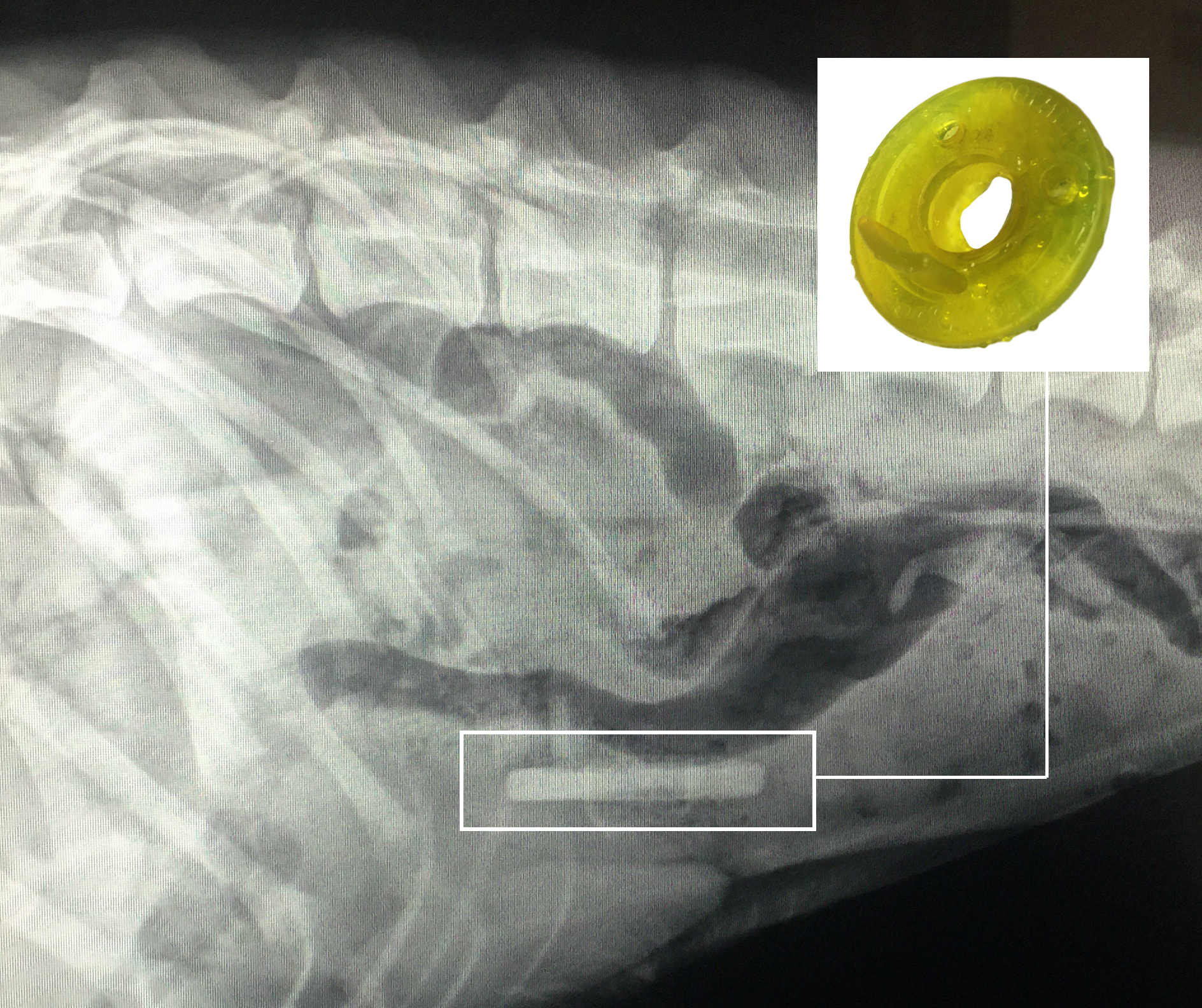 Annie was kept overnight and given fluids with the hope that she would pass the obstruction naturally. When it became apparent the following morning that the pacifier wouldn’t pass on its own, Dr. Greg Paplawsky decided immediate surgery was the best option.

“I felt bad for her because she was spayed just the week before,” said Danielle. “But it helped in a way because they reopened her incision from her spay surgery and were able to get the pacifier out that way.”

Although the operation went smoothly overall, Dr. Paplawsky found that the pacifier had lodged itself so tightly in Annie’s intestines that the intestines started to die, so in addition to removing it, he had to cut out an 8-inch section of intestine and suture the healthy ends together. Annie spent another night at the hospital and was well enough to go home the following day.

Only a few weeks post surgery, Annie is thriving and happy. Danielle estimates Annie has gained more than 10 pounds since her surgery and she’s still “getting huge. She’s just recovering really well.” 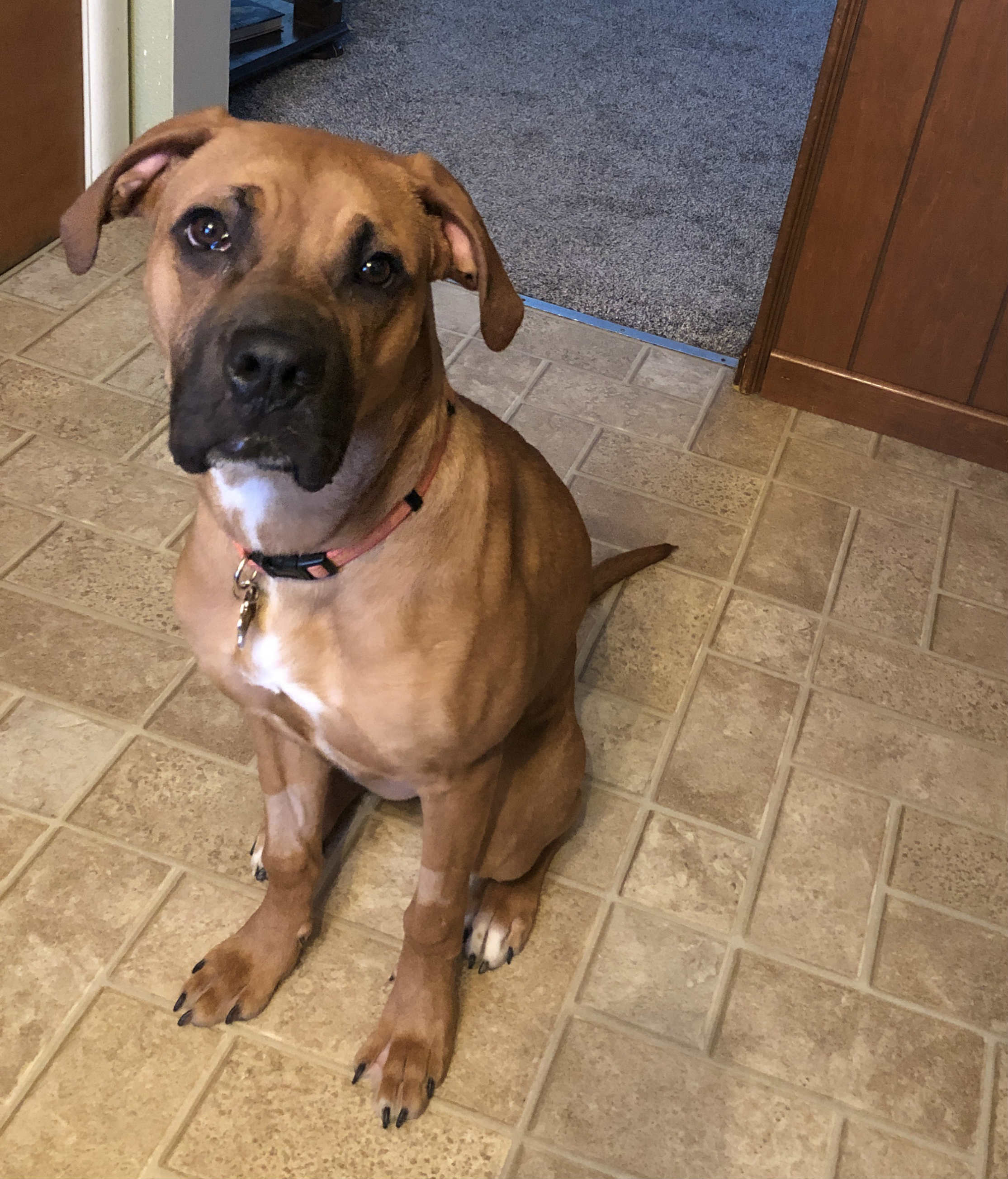 Once she learned the foreign object was a pacifier, Danielle deduced that it probably had been her nephew’s and that Annie had somehow gotten her paws on it while playing with him at a family gathering. “Otherwise, she’s been really good as far as puppies go. We really haven’t had too many problems with her chewing on things she’s not supposed to.”

Danielle is grateful that the staff at Cascade Hospital for Animals were so cautious and thorough with Annie through her ordeal. “We had a really great experience working with the doctors. We were so grateful that they did everything they could for her. Now she just looks so much healthier.”