From unable to walk to running around winning hearts: Yodi the Chihuahua’s amazing recovery 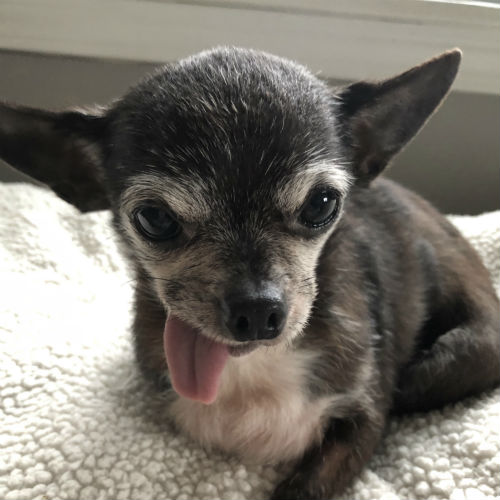 As she took her newly adopted dog Yodi to see Dr. Veneman at Cascade Hospital for Animals, Nicole was resigned to the idea that the 5-lb. Chihuahua would probably have to be put to sleep. After all, his problems seemed insurmountable: He could barely walk, he was badly dehydrated, his entire body was swollen, and his hair was falling off in large patches. “His whole body seemed to be shutting down,” Nicole said. “It’s just that his quality of life was so poor.” She had recently taken Yodi into her home on behalf of his previous owner, who was not able to care for him anymore.

Dr. Veneman was alarmed by Yodi’s condition. “He was anemic,” she said. “His red blood cell count was low. The symptoms he presented could have been from so many potential problems, including cancer.”

But Dr. Veneman and Nicole weren’t willing to give up on Yodi. One of the treatable problems Dr. Veneman suspected was hypothyroidism; that would explain his body’s condition and hair loss. She ran a full panel of blood work and found that his thyroid levels were extremely low; a second test confirmed this.

The results were amazing. After a few weeks of treatment, Yodi went from being so critically ill that he could barely walk to being a happy, playful, loving family pet. “He only lost two ounces since he started treatment, but he is about half the size,” said Nicole, who says the transformation seemed miraculous. “He is totally thriving, running up and down stairs. He’s so happy now.”

For both Dr. Veneman and Nicole, Yodi’s story is a reminder not to give up hope. “It’s so important to run tests for all possible conditions,” said Dr. Veneman.

“Yodi is a favorite with the [CHFA] staff,” Dr. Veneman added. “Everyone loves having him around. He’s just a little doll.”

Please call us at 616-949-0960 or visit our Patient Portal to schedule an appointment with one of our dedicated vets.