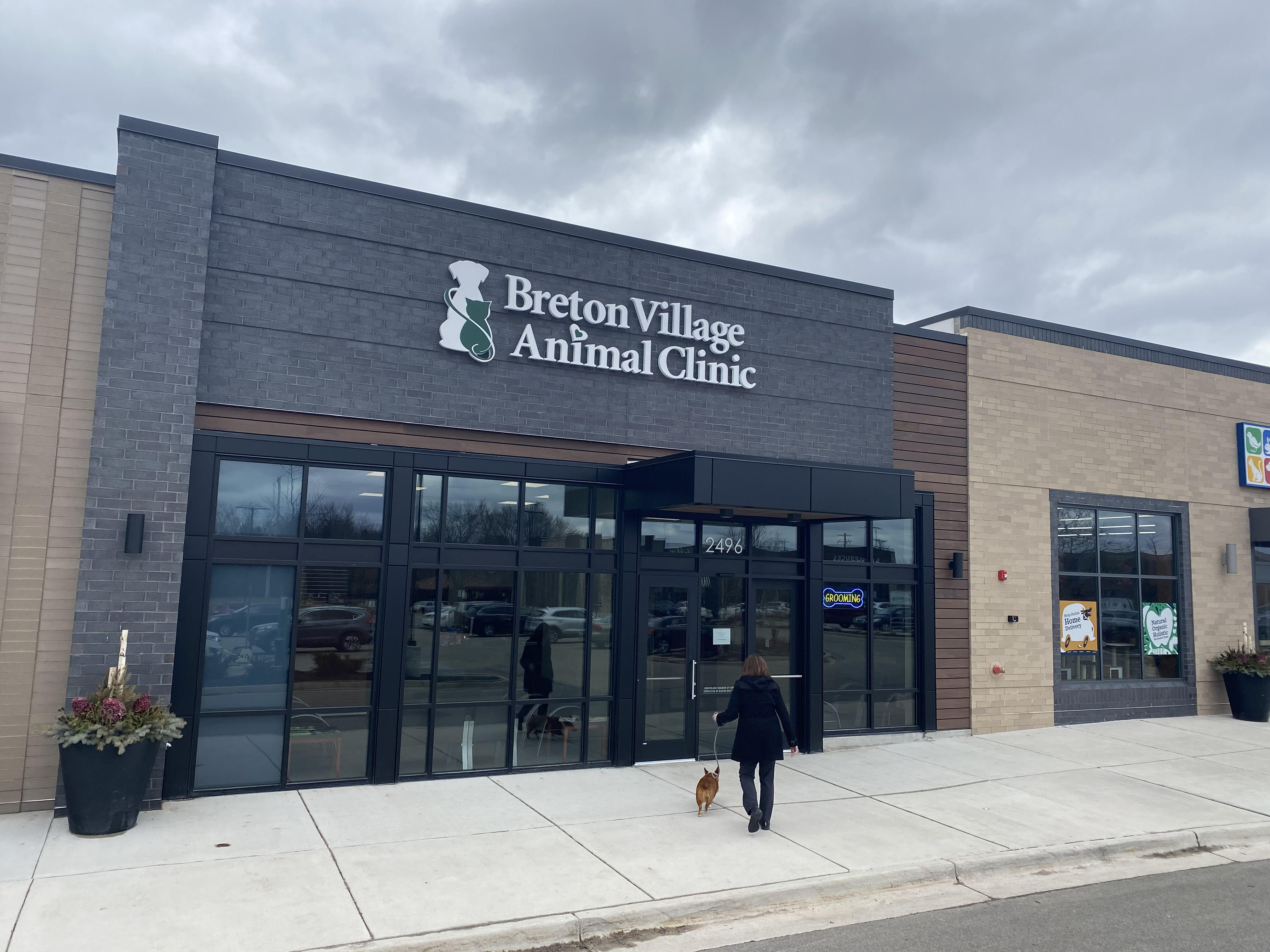 When Breton Village Animal Clinic (BVAC) relocated in February, it may have moved only a short distance, but its newly constructed location has made it even better equipped than before to serve the East Grand Rapids area. 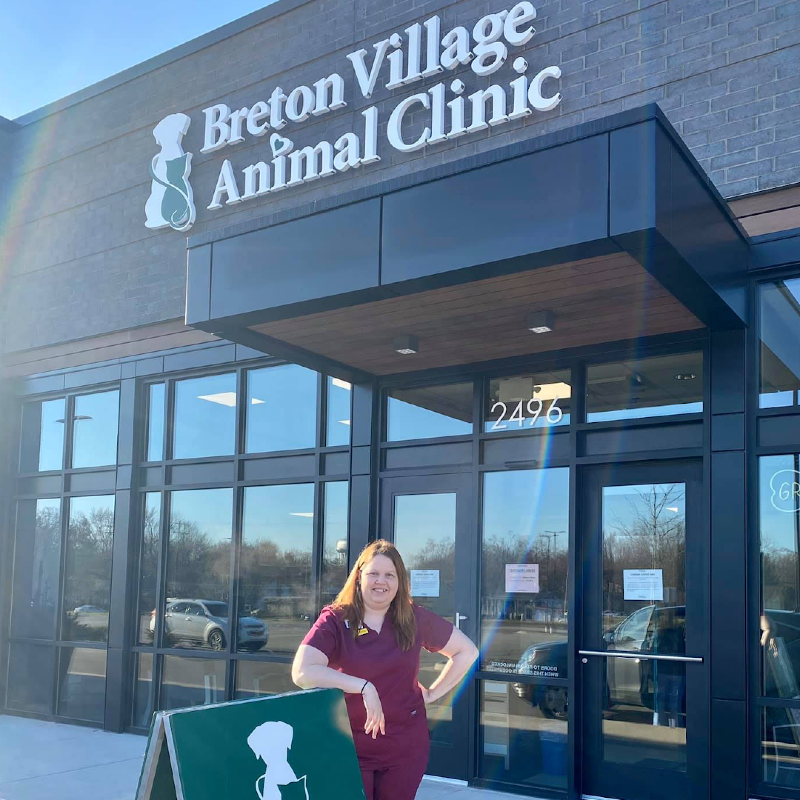 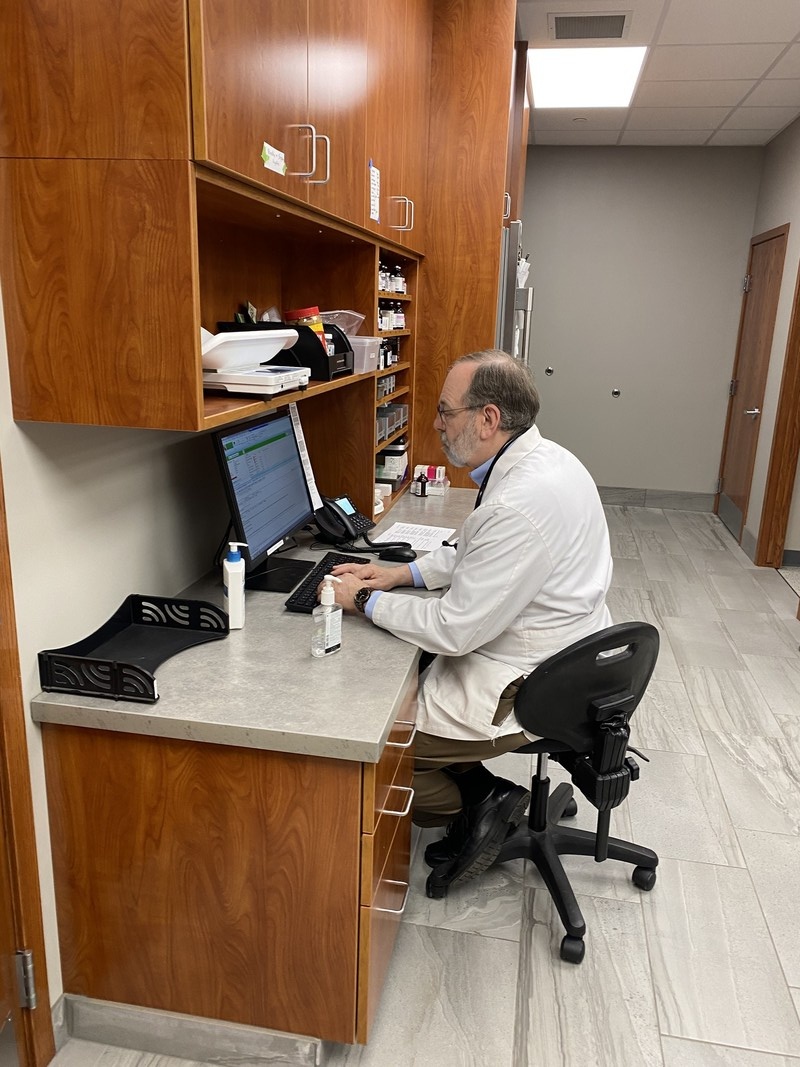 Established in 2011 by the ownership of Cascade Hospital for Animals (CHFA), BVAC was founded because of a growing need. As co-owner Dr. Richard Siegle explained, “In about 2010, we reviewed geographically where CHFA’s clients were coming from, and we found a large clientele from East Grand Rapids. This was fine when I started practice 40 years ago and it was a nice leisurely drive from East Grand Rapids to Cascade. Now everybody’s fighting traffic.”

In order to better serve their clients in the East Grand Rapids area, the ownership decided to open a satellite clinic in the vicinity. Rather than give the new location the same name as the existing Cascade Hospital for Animals, “we called it Breton Village Animal Clinic to give it its own location identity.”

Operating for nine years in an office on the back side of the Breton Village Mall, the clinic saw steady growth. But over time, additions to the mall began to restrict traffic flow past the clinic. “All of sudden, there was really no traffic by our location, and it was difficult to get back there,” said Dr. Siegle. 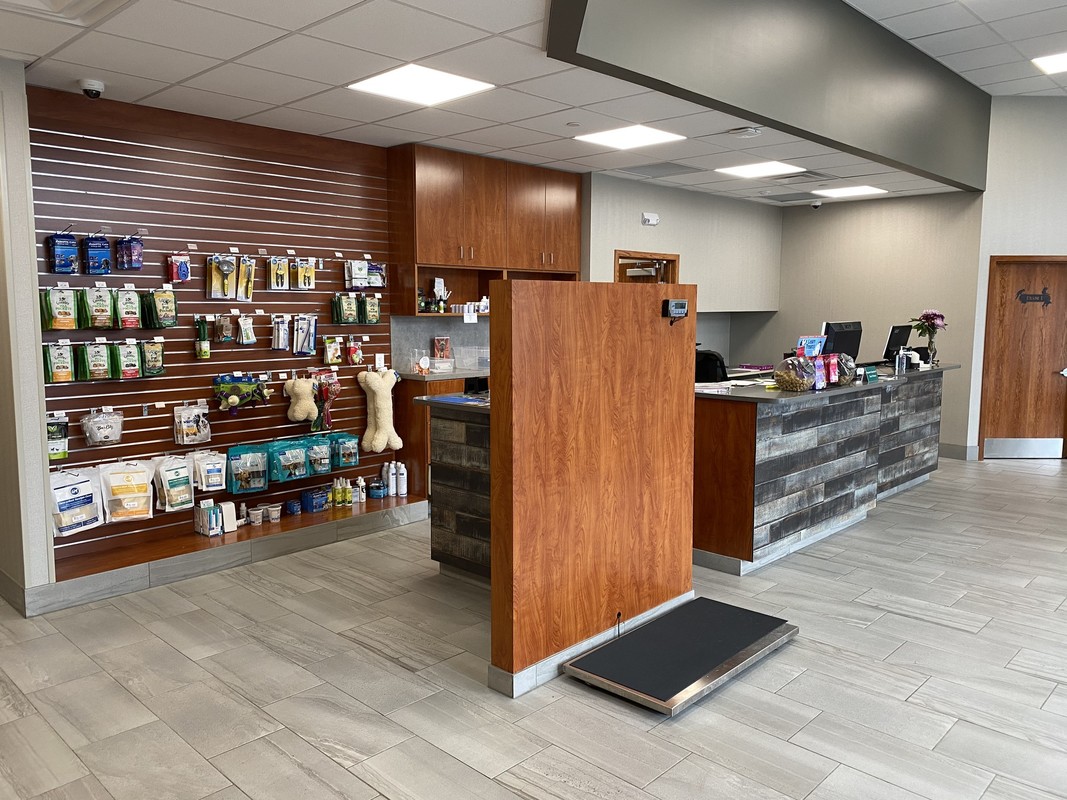 The new front deskIn recent years, as BVAC’s neighbors Chow Hound and Rite Aid relocated across Burton in the developing shopping area anchored by the Fresh Thyme Market, the solution became clearer. “Our landlord, the same landlord for Fresh Thyme Market and Chow Hound, encouraged us to move,” said Dr. Siegle. “There was a space available next to Chow Hound, which seemed perfect. We saw a synergistic situation since their customers could also come to us and vice versa.”

On top of better traffic flow and visibility, the new location gives BVAC a chance to expand its capabilities. “The demand for veterinary services in the area has actually exceeded our expectations and so the new location worked out well,” said Dr. Siegle. “When we moved, we built a bigger location so that we can accommodate more doctors there and we'll be able to offer more services, more hospitalization of cases, more routine dentals and routine surgeries, rather than transferring them to CHFA.” 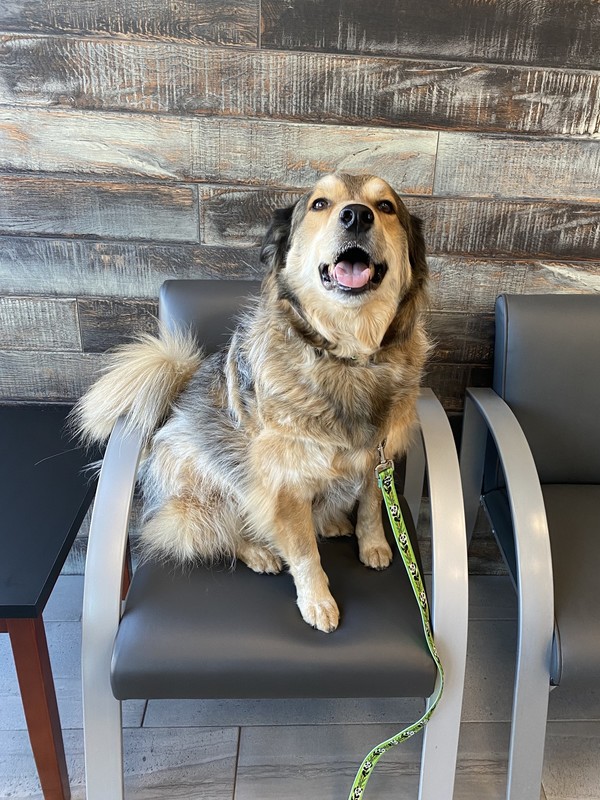 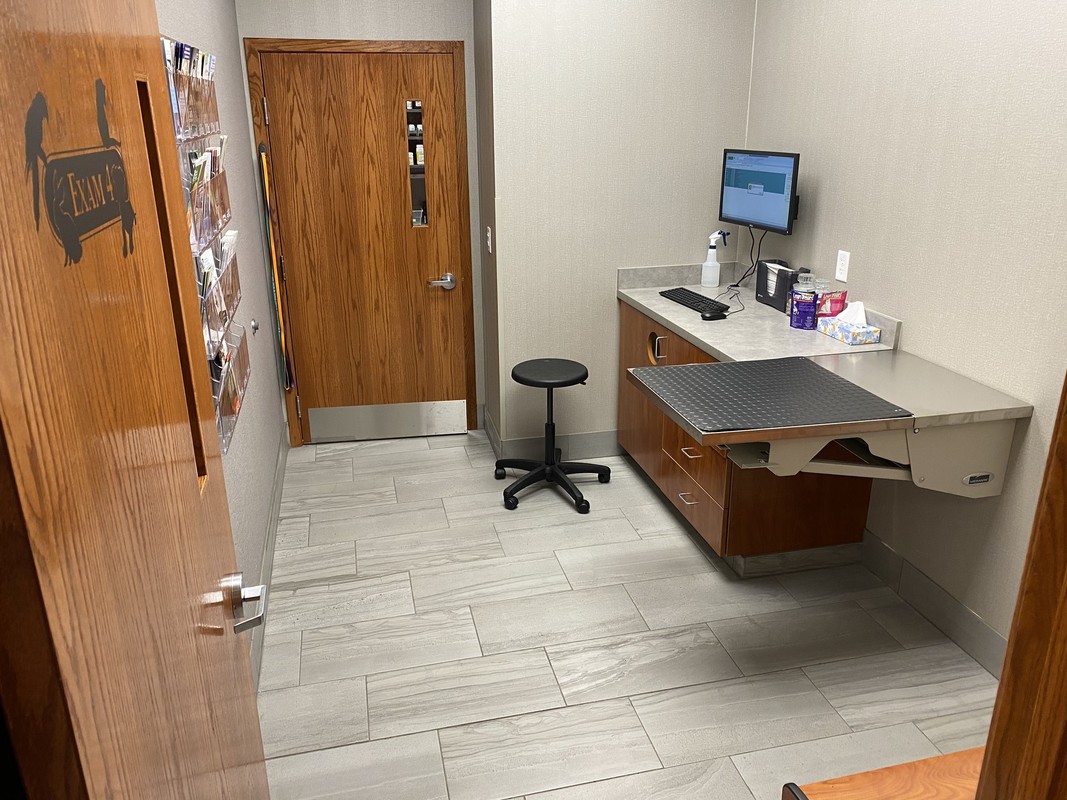 The new exam rooms are efficient and accommodating

Dr. Siegle took advantage of starting from a new construction to have personal input in the development of the building’s interior components. “I spent hours with the workflow,” Dr. Siegle said. “We feel that we have a very nice workflow, not only for the staff, but also for the clients to be able to come into the exam room as efficiently as possible. I think we ended up with a very pleasant environment to visit, with much more natural lighting in the reception area and taller ceilings.”

A new home for exotic pets

One of the biggest changes has been the relocation of the exotic practice, or the care of birds, reptiles, and small mammals, from CHFA to BVAC. “We moved the exotic practice to the new location because it's a little quieter, which is better for those types of pets," said Dr. Siegle. “Now the facility is large enough to accommodate not only Dr. Ritzman’s exotic clients, but other doctors too for cats and dogs.”

Though the new location has been closed to clients since only a few weeks after opening due to the COVID-19 outbreak, the staff looks forward to sharing it with clients once it is opened back up again. As Dr. Siegle said, “It serves us very well during the shutdown, and it will continue to serve us very well when it’s opened back up.”