With FreeStyle Libre, glucose monitoring for diabetic pets is easier than ever 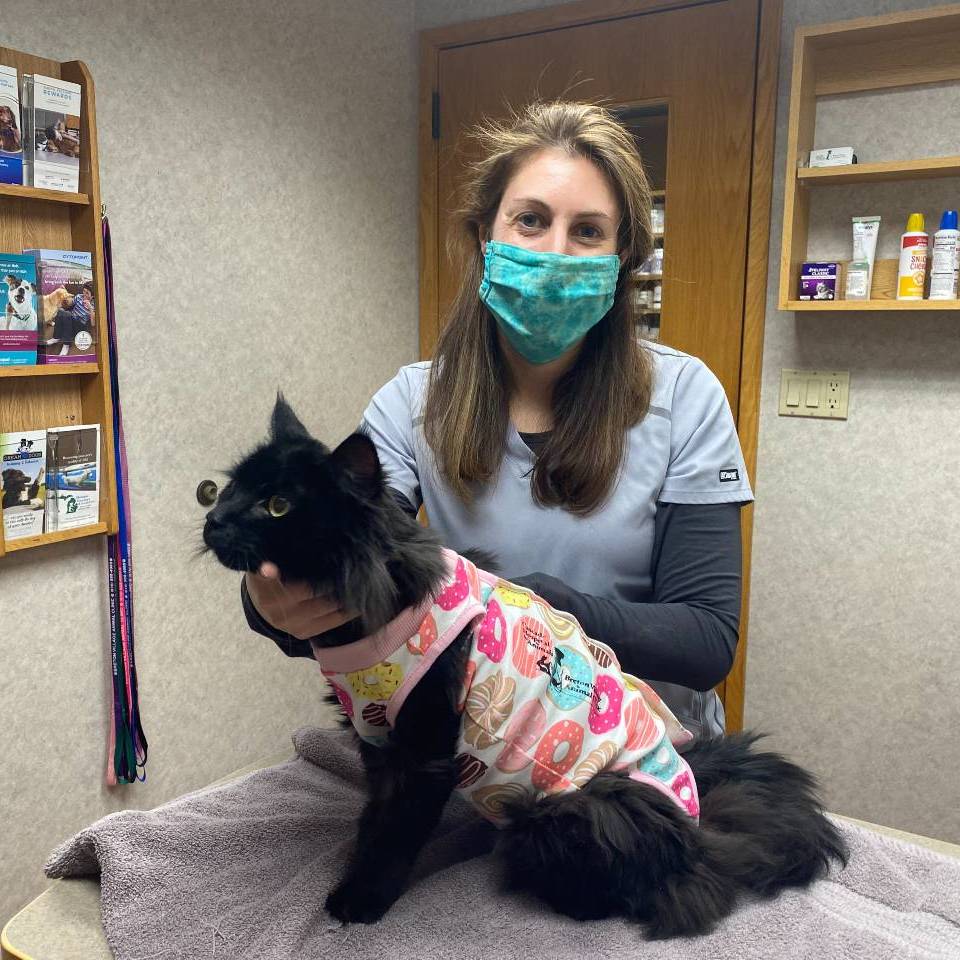 It’s not easy caring for a diabetic pet and meeting their unique health needs. But thanks to a new pet-friendly glucose monitoring device, it’s now a lot easier for the owner and the veterinarian to get a full picture of the pet’s insulin needs to ensure they receive the best possible care.

FreeStyle Libre has changed the game for veterinarians and diabetic pets, says Dr. Chelsea Grimes of Cascade Hospital for Animals. “It’s a continuous glucose monitoring device,” she said. “It has a tiny needle that goes underneath the skin into what’s called the subcutaneous space; that's the same space where we would do a vaccine, for example. And for the pet, it's very comfortable. It doesn't bother them because it's such a tiny sampling needle.” FreeStyle Libre was first developed for human application, and people who use it have likewise reported that the monitor isn’t noticeable in their day-to-day lives, added Dr. Grimes.

FreeStyle Libre is inserted into the pet’s skin at the hospital by a veterinarian (see the two videos below to watch Dr. Grimes inserting the device in cat and dog patients). For 14 days, it provides a real-time reading of the pet’s glucose levels.

“It allows us to get a sample of the blood sugar all day long, which in turn helps us to control or adjust insulin doses for pets with diabetes,” she said. “Before, we had to do a glucose curve in the hospital, where they come in and they get a blood sample drawn every two hours or so.”

Diabetic dog Cinnamon shows off her sensor while posing with her FreeStyle Libre box.This in-hospital procedure presents issues for a few reasons, she said. “Especially in cats, they often have a stress response when they’re in the hospital, and this can change their glucose levels by falsely elevating them. This is true for dogs too.”

“Another issue is that we can essentially only get a blood sample during our open hours, and for some of these pets, there are different fluctuations or abnormalities that come up in the middle of the night that might be missed,” said Dr. Grimes.

“FreeStyle is on the pet for 14 days at home and catches all of the day-to-day fluctuations that happen,” she said. “I liken it to a video of the pet’s diabetes, rather than just a snapshot like we’d get with the glucose curve.”

Pet owners whose pets use FreeStyle Libre download an app to their smartphone, and then scan the monitor every eight hours to collect the glucose data from the previous period. “All you have to do is scan it, and it sends your vet the data,” said Dr. Grimes. “It’s an easy and accurate way for the vet to set the pet’s insulin dose.” For clients who aren’t comfortable with using a smartphone, the hospital can send them home with a reader that can collect the data.

Dr. Grimes is fully sold on the FreeStyle Libre monitor. “It’s really made things so much easier for us, and really improved the care for diabetic pets,” she said.

Cinnamon was such a good, patient girl when Dr. Grimes inserted her FreeStyle Libre sensor.

Max was also a good boy when he received his FreeStyle Libre. Often, vets such as Dr. Grimes dress cat patients in onesies to keep them from disturbing their sensors.