After 44 years in the veterinary field, Dr. Siegle sets his retirement in motion 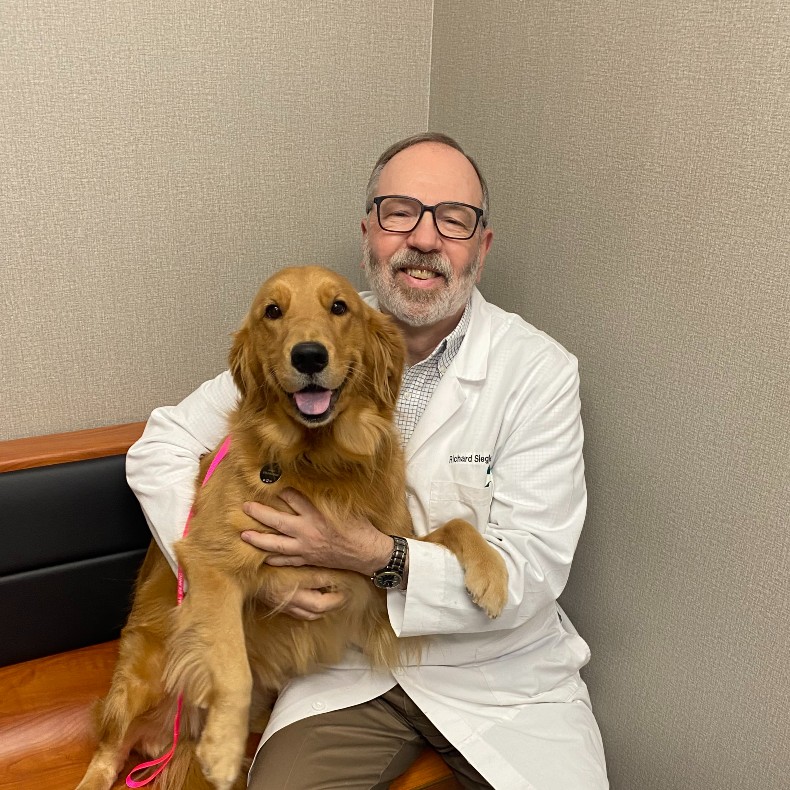 After 44 years in the veterinary field, Dr. Richard Siegle is looking toward retirement. To his clients, the process has already been set in motion, but as an owner of the clinics, he has a lot of work ahead of him to make sure there’s a smooth transition to the next generation of management. As he put it himself: “It’s not as if I’m walking out the door anytime soon.” 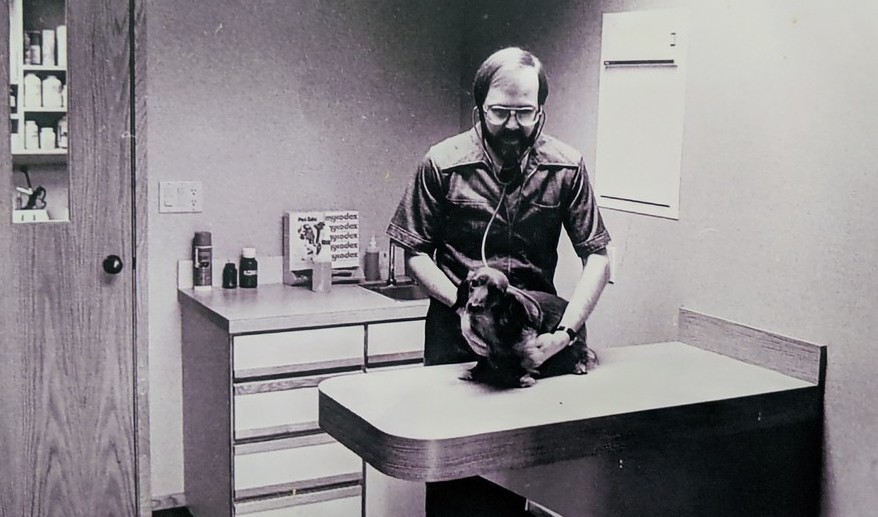 Dr. Siegle’s retirement is “a work in progress.” He views it as taking place in two phases: the first, his service as a veterinarian; the second, his ownership role and duties managing Cascade Hospital for Animals and Breton Village Animal Clinic. “I’m slowly working out of the exam room where I’ll stop seeing clients,” he said. “That means ensuring my clients and their pets are well taken care of and that there’s continuity of care.” This phase has effectively already begun, as recently he has been working fewer hours seeing clients; he views it as taking place over the next “year, year and a half.”

However, the second phase of his retirement is still in the very early stages. “Once I started planning, it was more complicated than I thought it would be,” he said. “Because being in the business on a day to day basis, I have all these things I do now and I need to make sure other people are able to assume these responsibilities. To put it down on a piece of paper, it is more complex than I ever thought it would be.”

All the same, he does have some of the most important decisions of his transition plan made. Dr. Clayton Siegle, his son, who joined our team in July, is poised to assume ownership of the hospitals at some point in the future. He will be the third Siegle who will serve as owner of CHFA, keeping it as a family business. “Eventually he will assume the leadership role. He’s been out of veterinary school for two and a half years, and I want him to focus on being the best veterinarian he can be before he starts assuming management or business responsibilities here.” So far, “in many respects he’s exceeded my expectations,” said Dr. Siegle. 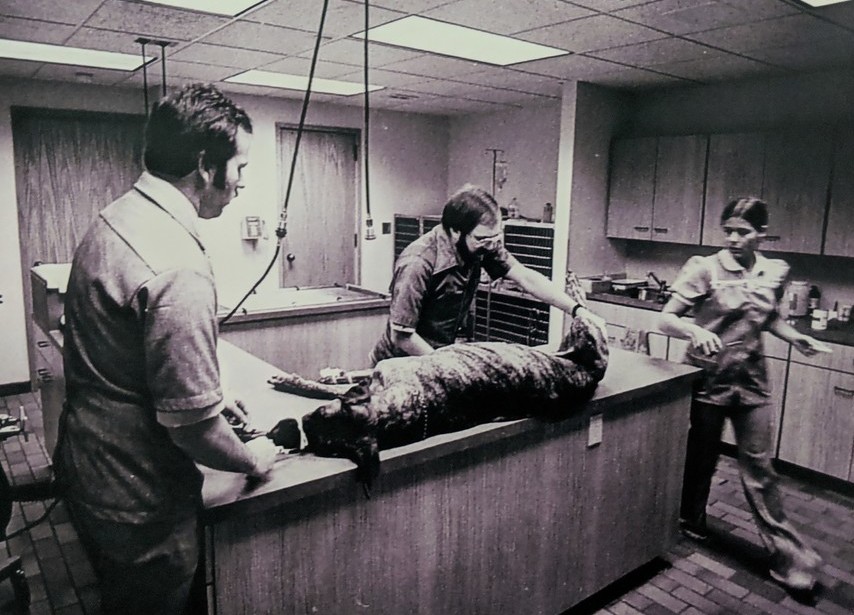 Dr. Siegle isn’t ready to put a timetable on this transition period yet, but he knows he’ll be around for a while to help Clayton and other partners get their footing. “When Clayton came on board, I told him, ‘You need to assimilate into the practice, understand what we’re all about from a doctor's perspective.’ At the same time, he’s bringing in a fresh perspective from the other places he’s worked, which is great. We always strive for excellence and excellence is always changing.” Though this will be the second time in the practice’s history that a Dr. Siegle has handed ownership down to his son, there are a lot of differences from the first round. “This transition is a lot different than it was for me 40-some years ago when I was working for my father,” he said. “Then we had three or four employees, versus over a hundred today.”

Complicating matters a bit are the events of the past 20 months, which Dr. Siegle describes as “the most difficult time in 44 years I’ve been in practice, trying to navigate COVID and making sure the staff and the pets are well taken care of and giving people the customer service they deserve.” He added, “in the past year and half, it’s been both a blessing and a curse that the demand for our services has increased dramatically.” From an increase in the number of pets to homebound workers more inclined to notice issues with their pets, the increase in demand has been compounded by a workforce shortage. As an owner, he sees “the fine line between keeping our staff feeling valued and safe and understanding that clients’ emotions are running high.” Though COVID isn’t over and its effects are still rippling through the day-to-day operations at the clinics, Dr. Siegle hopes it won’t present too large of a delay to his transition plans.

Partnerships now and in the future 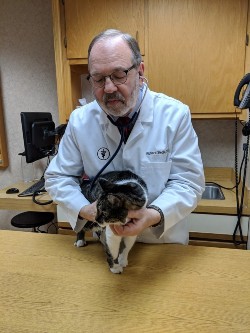 Dr. Siegle is confident that the core purpose of the clinics will carry over to the next generation of leadership. And that’s not just because of Clayton. Dr. Siegle has for many years shared management duties first with Dr. Steve McBride, and later also with Dr. Greg Paplawsky, and he feels the strength of their partnership has kept the clinics going. “I’ve been blessed with Steve being my partner for the last 30-some years. We’ve had a wonderful relationship, and I can say we’ve been on the same page pretty much the entire time,” he said. “With handing it off to the next generation, I want to make sure Clayton, Greg and their partners, or future partners, are well grounded and understand what is everyone’s role and their core purpose.”

Though he is still very much an active part of the hospitals and will continue to be for the foreseeable future, as he makes his succession plans, Dr. Siegle reflects with gratitude on the people and pets he has known over 44 years. “I’m blessed to have had a career that I’ve thoroughly enjoyed, and the community has embraced me and I am so appreciative of their support. Cascade has been a wonderful place to practice in.”