How our team's persistence healed a difficult wound 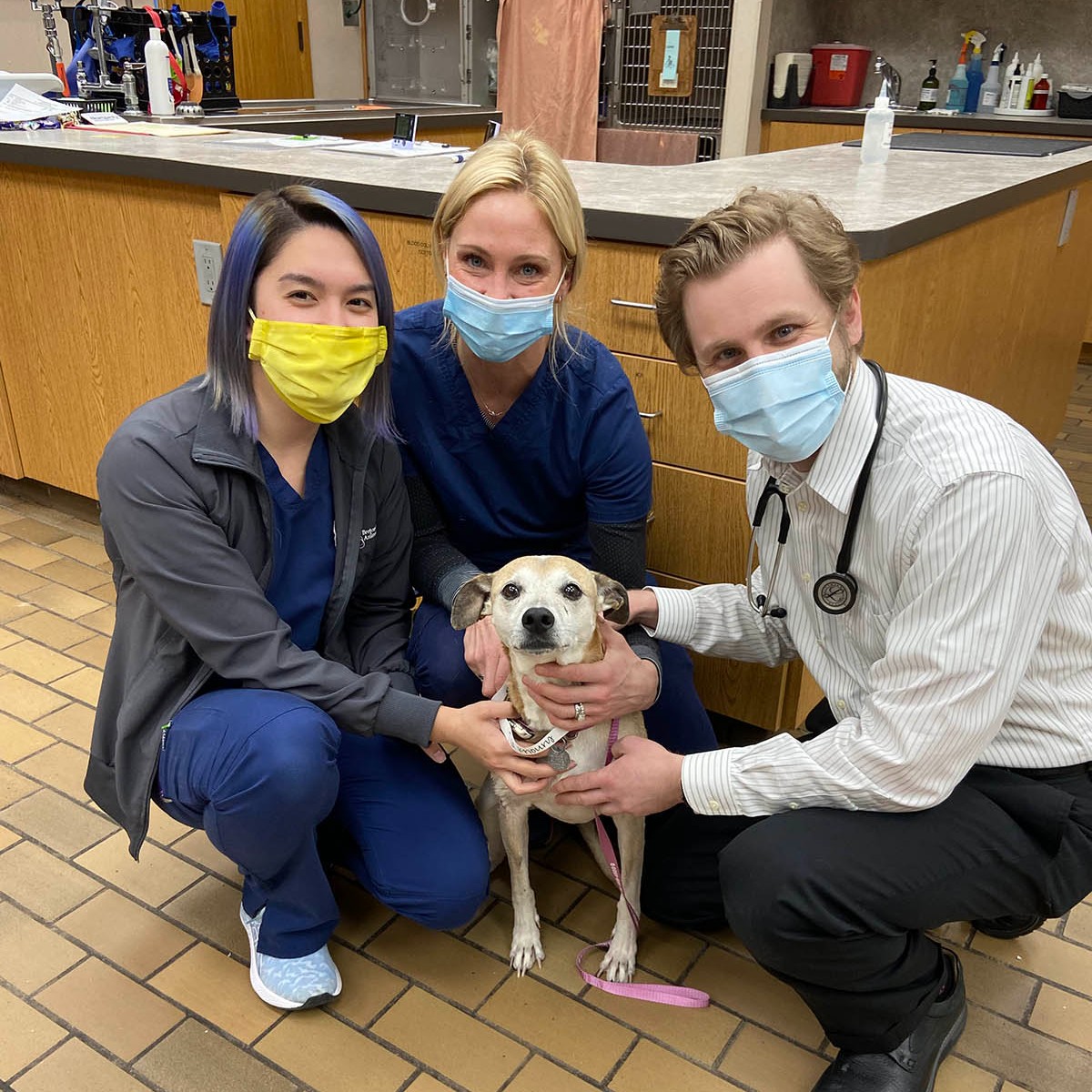 Veterinary care is seldom predictable and rarely goes exactly by the book, but there are some issues that are especially out-of-the-ordinary. In one such recent case, our own Dr. Clayton Siegle resolved a challenging situation with the help of his fellow team members and a trusted mentor.

Tila is an active, 40-lb. terrier mix. In early December, her family brought her to Animal Emergency Hospital after two unleashed dogs attacked her. She received a particularly bad bite on her right shoulder. The team at AEH closed the wound and sent Tila home to recover, but due in part to its location on her body, the skin over the wound began to die off over a short period. “We were referred to the vet hospital at MSU so my daughter brought her there,” said Tila’s owner, Marcelle, “but they said they were going to amputate and we said ‘no.’” 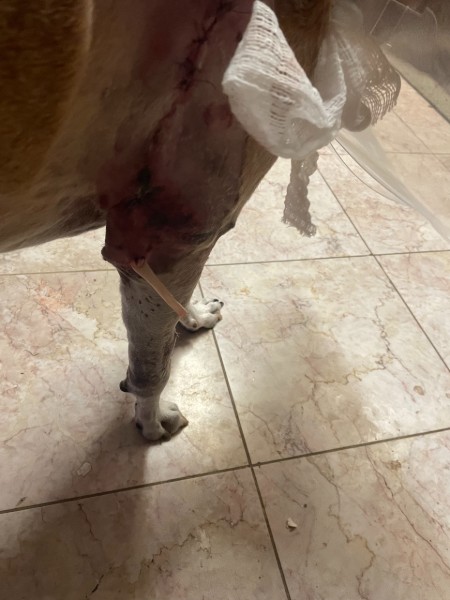 Tila’s family opted to come to CHFA for a second opinion and treatment. Dr. Schaffer took care of Tila initially, with Dr. Siegle eventually taking the lead. “The wound was in a precarious location and it was pretty sizable, about 10 centimeters by 10 centimeters,” said Dr. Siegle. “The shoulder is an area of a lot of motion and tension which is a big inhibitor of wound healing. Getting this wound to stay closed was going to be difficult. A drain was in the wound initially when it was closed and we were keeping an eye on what the skin was doing,” said Dr. Siegle. “Unfortunately, it looked like the skin started to die off and the wound opened back up.”

“I saw her on a return visit,” he added. “She had a tie-over bandage, which is a bandage that we use for difficult-to-manage locations so we could keep the wound open until it looked healthy. So every couple of days Tila would come in for bandage changes and we’d clean up the wound. There were several rechecks and Dr. Shaffer and Dr. Fuller treated her as well.” 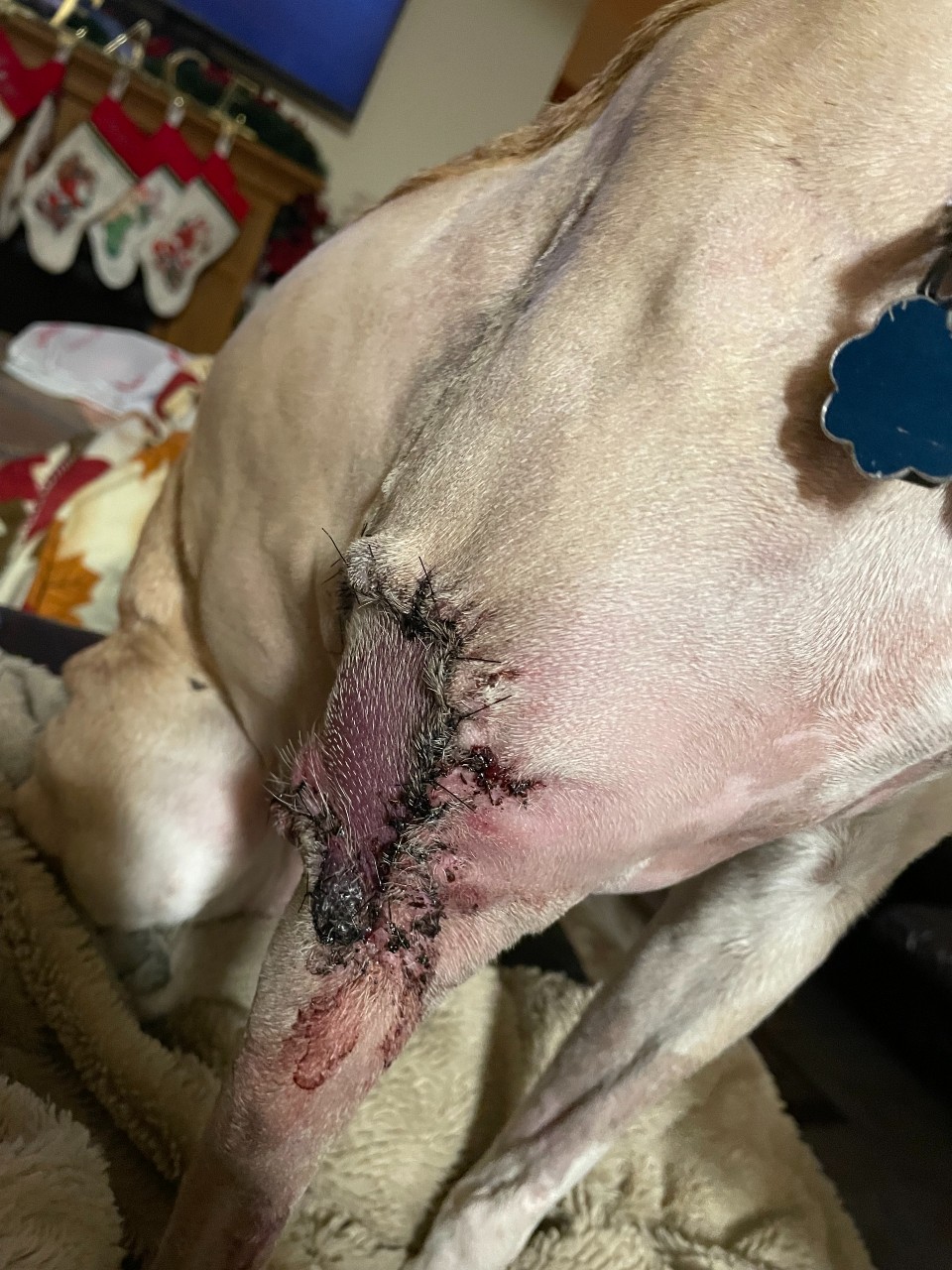 The wound was becoming healthier with treatment; however, with such a large wound it would take several months to heal by second intention and would require bandage changes at least 2 weekly until it heals. It was time for a different approach. “Thankfully with my background as a surgery intern, I could call upon some of my resources to talk about more creative wound closure techniques that can be done,” said Dr. Siegle. He got in touch with Dr. Bryden Stanley, his former professor at MSU Veterinary School and the primary soft tissue surgeon at the Animal Surgical Center of Michigan where he completed his internship. “She literally wrote the book on wound healing surgeries. And she was really the guiding force to help me work through this.”

With Dr. Stanley’s help, Dr. Siegle planned to perform what is called an elbow fold skin flap surgery on Tila. Unlike with a skin graft surgery, a skin flap is transferred with blood supply intact from loose skin near the wound. “It’s kind of a unique surgery, and not a lot of general practitioners do it,” said Dr. Siegle. Still, as a dog, Tila was a good candidate. “Dogs are fascinating because they have very loose skin compared to humans. So there's a lot of unique ways that we can venture into wound healing for them.”

Next to each of a dog’s legs is a flap of skin called a flank fold flap, an area where there is a lot of excess skin. “Because of the size of the wound on her front right leg, there wasn’t much excess skin there.” The plan was to take the corresponding flap from behind her right forelimb and transfer it over the wound.

“There were many important considerations,” said Dr. Siegle. “Maintaining blood supply, ensuring there wouldn’t be excessive tension and motion, just making sure the flap would thrive. It was a fairly major surgery based on how big the wound had become by that point.” 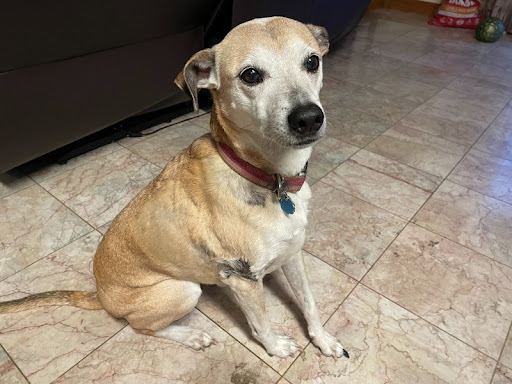 The initial surgery went well, but “there were some minor setbacks, trying to keep Tila calm in recovery.” As an active, energetic, happy terrier mix with a wound recovering in an area of high motion, she did need a minor revision surgery at the base of the rotation. “In fact, she stayed with us in the hospital for a few days, just to keep her calm,” said Dr. Siegle. That meant a lot to her family, who would otherwise have felt overwhelmed. “They offered to watch her for a few days, just to make sure she was healing,” said Marcelle. “It was so nice of them.”

Because of the nature of the surgery, Tila required a lot of aftercare and careful observation. “It can be a surgery with some bigger complications from the standpoint that if you don't do things just right, this flap could die and then you've got a bigger wound than you did in the first place,” said Dr. Siegle. “Thankfully with surgical guidance and teaching principles that I received at the Animal Surgical Center and just guidance from Dr. Stanley, it was overall very much a success.”

In mid-February Tila had her final recheck. After three months of care, she was finally cleared to be “100% Tila: happy, energetic, and playing,” said Dr. Siegle. “I couldn’t have done it without the whole team at CHFA. They were so excited for her and helped out every step of the way through the whole process.”

Tila’s family is also very happy about the outcome. “She is doing absolutely fine now,” said Marcelle. “It’s a miracle. We’re so grateful they persisted and worked so hard for her.”