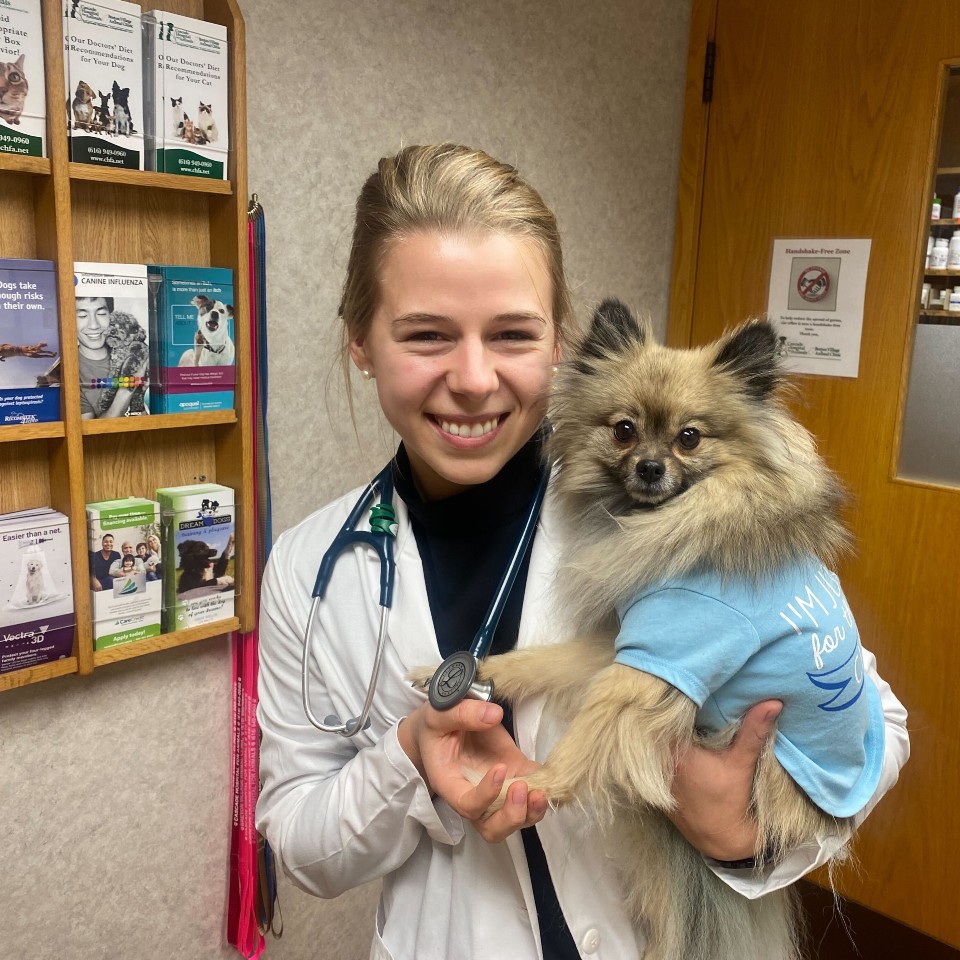 Cascade Hospital for Animals and Breton Village Animal Clinic are proud to bring Dr. Grace Longcore on board! Dr. Longcore began her career at Animal Emergency Hospital, where she worked before joining us. 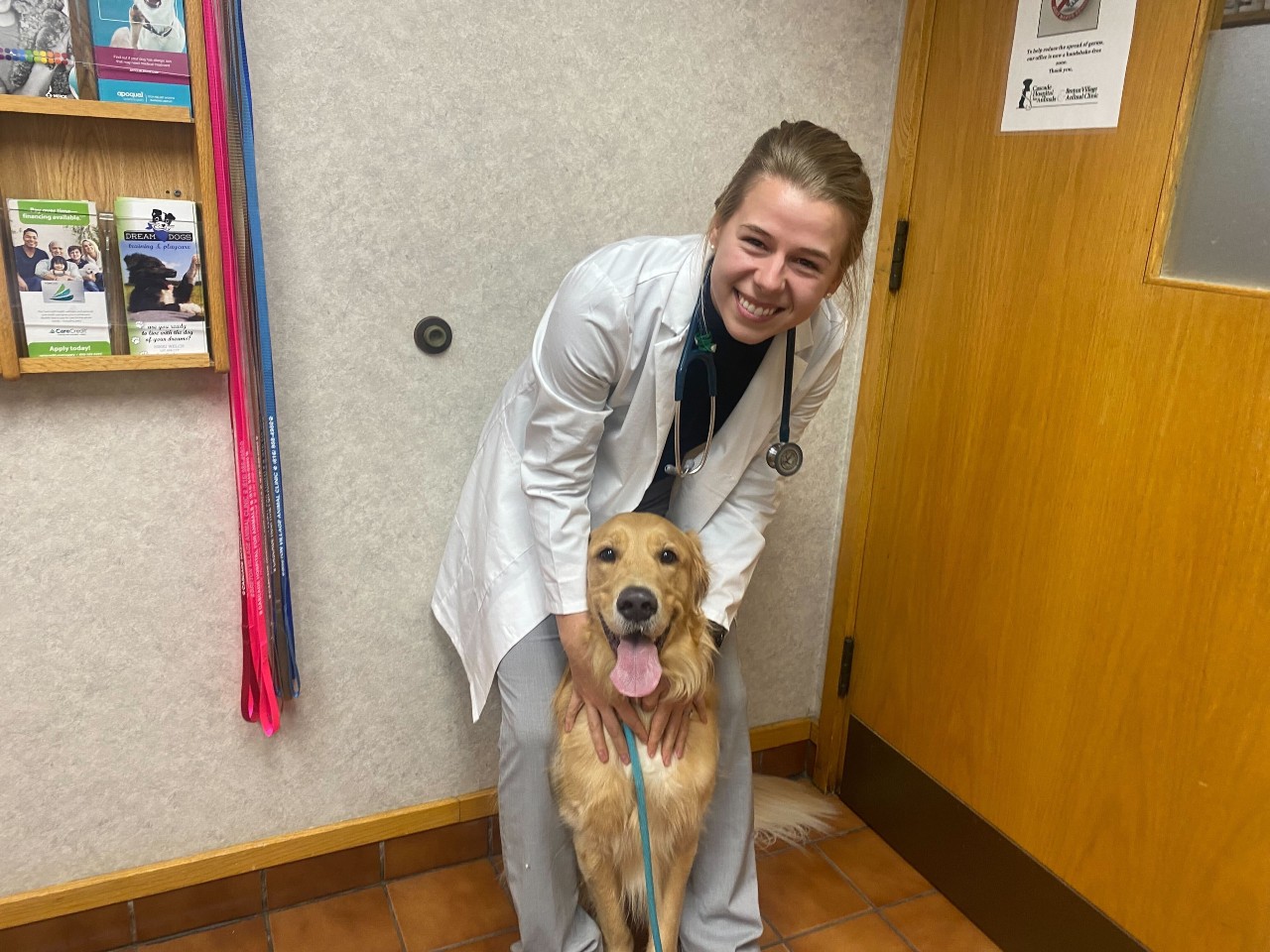 Dr. Longcore poses with a patient.A native of the Grand Rapids area, Dr. Longcore has known since the age of 10 that she’d work with animals. “That was when my parents surprised me with a little white goat we named Spud,” she said. “It all kind of snowballed from there. Then of course we had to get another goat to be a friend to the first one, and so on. I showed in 4-H from age 10 until I aged out of it, starting with the goats. In 4-H, I participated with goats, rabbits, poultry, hogs, beef, and our family dog, an Australian Shepherd.”

Dr. Longcore began her collegiate career at Grand Rapids Community College and completed it by earning her DVM from Michigan State. Coming out of veterinary school, Dr. Longcore had an appreciation for soft tissue surgery that only grew stronger during her time at Animal Emergency Hospital, where she performed a number of emergency surgeries. “I've done a lot of bite wounds and emergency abdominal surgeries, and I have really enjoyed soft tissue surgery. I’m looking forward to expanding what I can do there,” she said. “I also feel strongly about palliative care and helping clients navigate that.”

Life on the farm 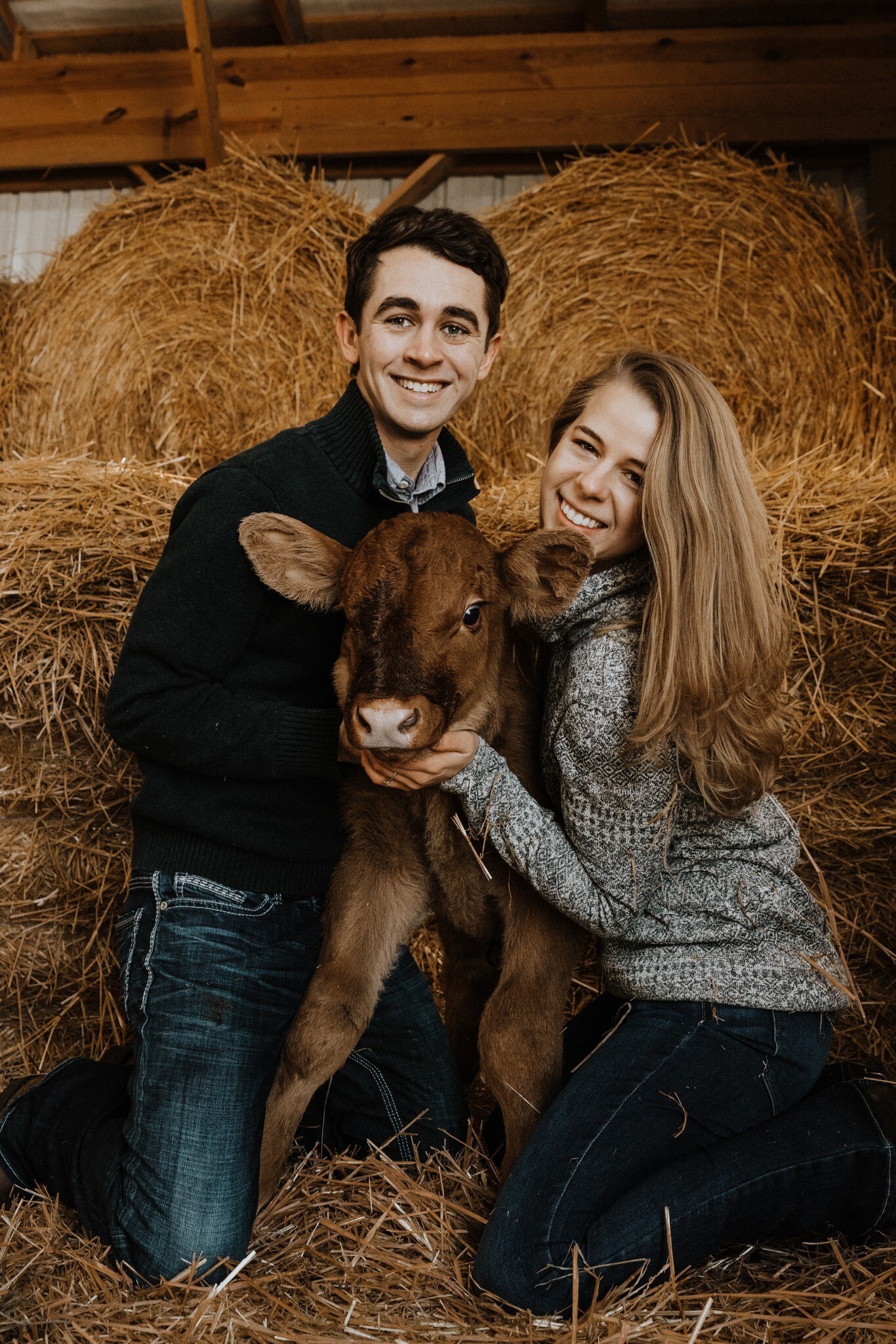 Drs. Kyle and Grace Longcore pose with a calf on the family farm.

While at MSU, Dr. Longcore reunited with a former fellow 4-H Club member, Kyle. “We’d known each other since we were 10 or 11, but after we both aged out of 4-H we lost touch until we reconnected during orientation at vet school.” The two married during their third year of veterinary school. Kyle now practices large animal medicine. They recently moved next door to the Longcore family farm, and spend much of their time outside of work helping out on the farm.

When she isn’t at work or on the farm, Dr. Longcore is a “reluctant” runner who loves to hate her favorite activity! Although she and Kyle don’t have any dogs of their own yet, she hopes to add a running buddy to the family soon.